3/24/2021
In many ways it feels much longer than a year. Yet, the past year has come and gone, a sort of blur interrupted by triumphs and sorrows, and punctuated by the constant beat of handwashing.

At first, in sitting down to write this, I felt like I didn't have much to share. 'Why do this now?' I thought, but why not? It's been a good while since I sat down to put some thoughts out here, and I'm feeling a need to have a more regular outpouring. Today is Wednesday, our trash day, and I feel like it's good to have a nice dumping of the mind, too. Perhaps Wednesdays will become my new soul dump days here. I'd like to commit to a regular schedule. We shall see how this goes.

Though I 'don't have anything to share,' the images piling up in the 'to share' file on my desktop tell a different story. I'm in a sort of haze right now. Not literally - it's sort of overcast and threatening to snow - but mentally, in a sort of fog. We're half-way through our spring break now, and I've found myself increasingly looking at travel photos, planning our next big trip, for whenever that might be. There are so many places I want to see and explore. Iceland, Peru... and closer to home, I'm discovering a wealth of locations throughout Mexico that look simply amazing. Something within the states would be fine, too. I've begun planning a west coast road trip, trying to hit as many landmarks as possible without feeling overwhelmed and constantly in the van. I've also thought of almost stay-cations within our own state - Carlsbad Caverns would be magical this summer, perhaps?

I don't know when we'll actually embark on even a short trip. Things still seem very much up in the air, despite the positive numbers of vaccinations happening. People have pretty much given up on the whole 'Pandemic' thing, and those who live around us who did follow restrictions at one point don't seem to care much now. I get it. I'm tired, too. But that doesn't mean that it's not here anymore.

I've been making the most of my time, feeling more productive (most days, anyway) than ever, and producing some excellent results, both in my home and professional life. I finally got around to completing my 'insect film' that I'd been incubating and collecting footage for over six years. I learned a lot from making it - what to do or not do for future film projects, but overall, I'm pretty happy with it. (A long-time family friend sent this video in response to my Life: Cycles and Seasons film, and it made me cry.)

I'm currently working on my forty-third week of my 'random adjective' project. This week's theme is 'obnoxious'. I invite anyone to participate, but so far, the only regular player in the game is my dad. I appreciate his participation, however, and it's turned into a nice weekly email exchange, sending each other our images picked out, or sometimes new ones taken, for the weekly theme. When we reach a year, it'll be time to pause, and I'll pick out the highlights to share with you here. (As you read on, this will make more sense - but I find it strange that the same week in which I released my film, which deals with the stages of life and death, and that the random adjective for the same week was 'grieving'.)

I was selected to create a map for a collaboration between Albuquerque Public Arts and Compass Roses. I created a map of insects in our yard found over the stay-at-home summer. I'm excited to share that project with you when the exhibition opens in April.

As the final update in this rather self-centered piece, one of my photos was selected as a finalist in the Smithsonian Magazine's 2020 Photo Contest. I wrote this the day I received the email notifying me of my selection as a finalist:

This image that I took of my son in our kitchen sink has been selected out of more than 47,000 images to emerge as one of ten finalists in the 18th annual Smithsonian Magazine photo contest, in the category of The American Experience. I look upon the page announcing the winners in awe and disbelief. There are some spectacular photos on that page, and there amongst them is one of my own. It's surreal.

Of course, what is a little triumph without some heartbreak to provide contrast?
Not an hour after the email arrived in my inbox announcing my image had been selected, I received word that my grandmother had passed. It was peaceful. She just didn't wake up. She lived the quintessential American Experience, at least what was for a large number of people of her generation. As a young girl, she traveled with her family to California from Oklahoma by way of Route 66 during the Great Depression. She was a Navy wife, moving to different bases around the world as she raised her own children. She had a wicked sense of humor, and taught me that to be respected, you must also be respectful. It is because of her I have this child; because of her I exist. I look at my sons and see her. She lives on through them. Right now it feels like a branch has fallen from my family tree, and it is painful, but I also know that we are the branches, she is the roots, intertwined with so many others who have gone before me. And though I cannot see them, I know they are there, hidden away in the folds of the earth. 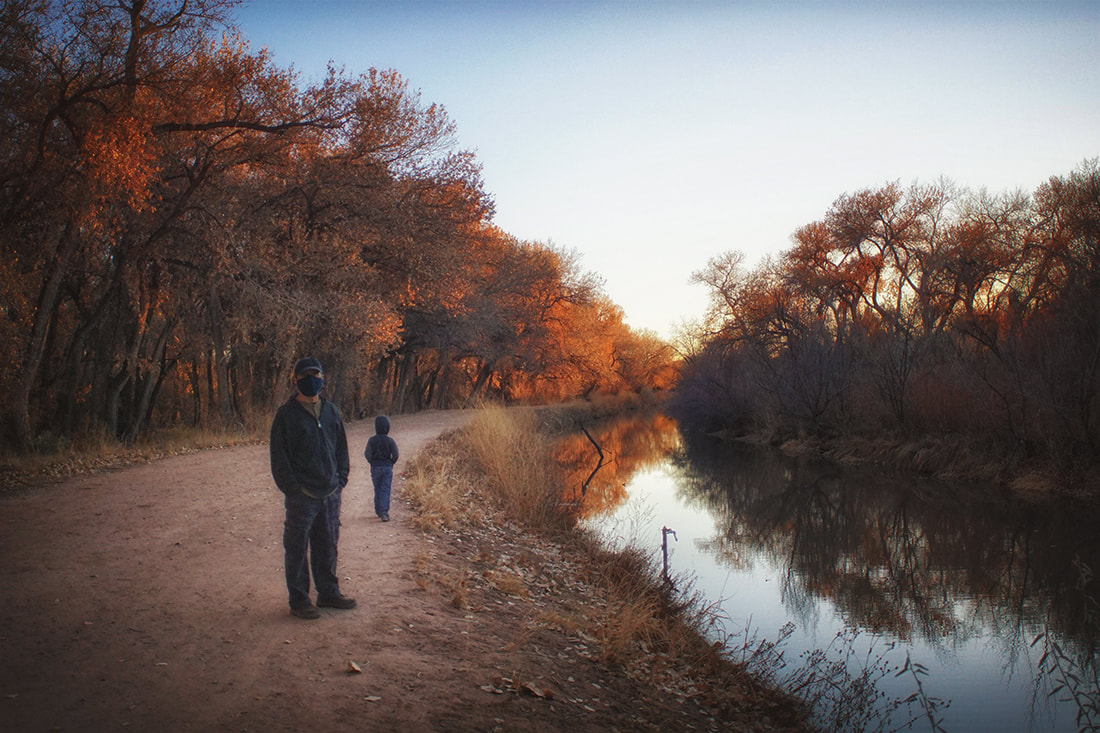