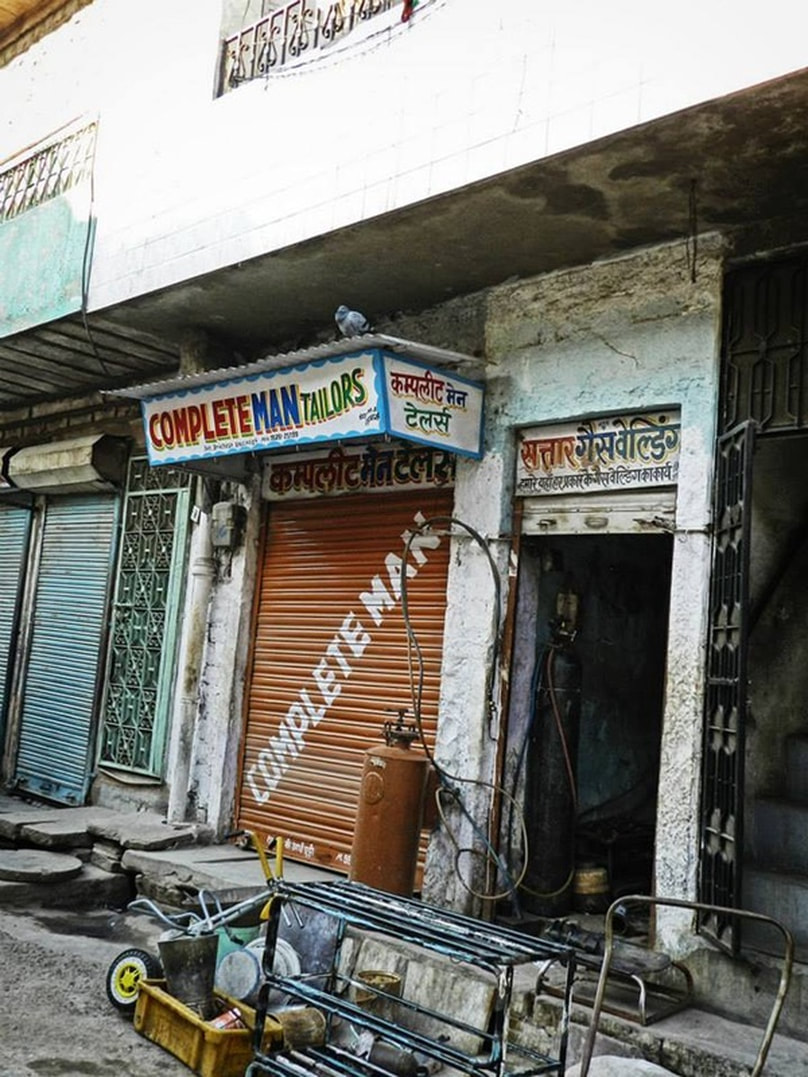 January 13th
We headed out for Udaipur today. On our way out, the owner of the Haveli we stayed at – Abdul Abid – came up to us and gave us cards of his hotel, and told us to recommend to our friends. We said we would. The owner was very nice, even though, as Hukam says, “talk, talk, talk.” 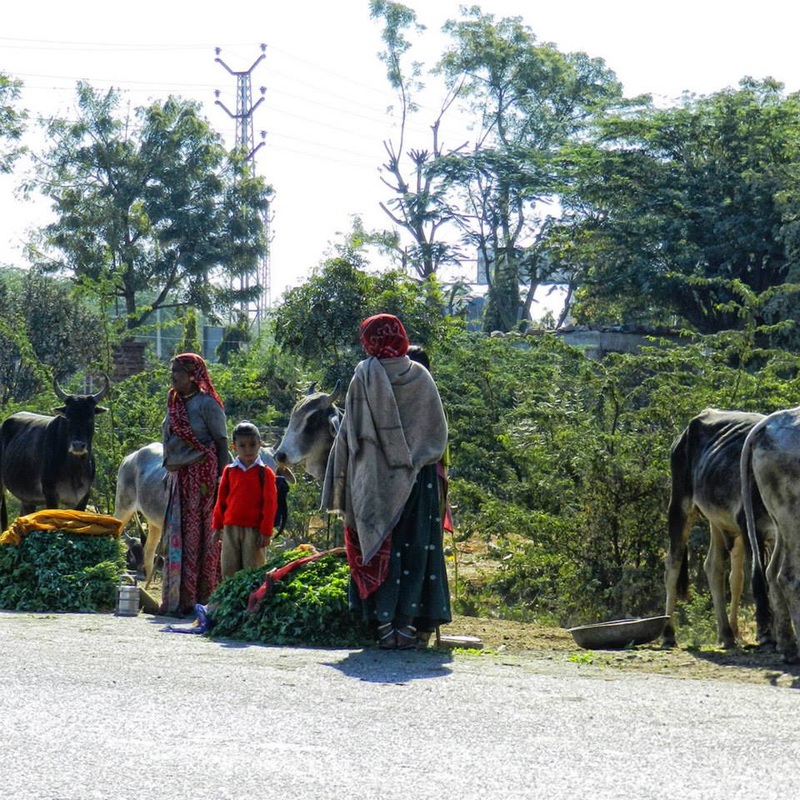 We were back on the road. It was a cow day – as we left the hotel, a cow stuck its head in the driver side window. Hukam scratched its head and we were on our way. We stopped later, and Hukam said, “Moment, please,” and ran across the road to buy some greens from ladies selling them, and fed them to the cows waiting nearby. It was a nice gesture. Good karma :D

We also stopped at the “motorbike shrine”. The story behind it, said Hukam, was that a man was riding his motorbike late one night, and was involved in a bad accident. He was killed. The bike was sold, but it wouldn’t start for anyone. The man’s mother had a dream of her son one night, and the motorcycle mysteriously started on its own. They took the bike to where the man died, and erected a shrine in his honor.
More and more people started coming to see it, and wishes were granted, so it grows in popularity.
They leave oil and things for the bike on the shrine, and they still change the oil in the motorcycle.
Later, in a rural area, Hukam stopped the car and let us go visit with some of the people who lived there. They were using a bull to grind up some type of sweet seed mix – used for dessert – we had some later with lunch. They didn’t mind having their photo taken, as long as you gave them some money. I gave 10 rupees to each person I photographed, and they were very happy. We saw the women with the bull grinding the seeds, and then they showed us the machine they also had that was run by a generator that did the same job.
One of the women brought one of the kids over and motioned for me to take the kid’s photo. I paid the kid, too, and then the woman went over to get another kid.
This one was very young, and didn’t really want the money but took it anyway when the mom said “chocolate”. I wasn’t sure how many kids the lady was going to bring out.
One woman motioned to me from the courtyard of the house – to come over there for pictures. I went over. There were two women preparing some of the sweet stuff in a bowl. I took their pictures and then put money down by each of them. They offered me “taste” but I said “no, thank you”. Then I thanked them for their photos, and they said “Thank you” and “namaste”.
Soon after we left the people making sweets, we began to gradually move up into the hills. I saw my first monkeys here! A mom running with a baby holding on underneath her, her long tail curled up high over her back. 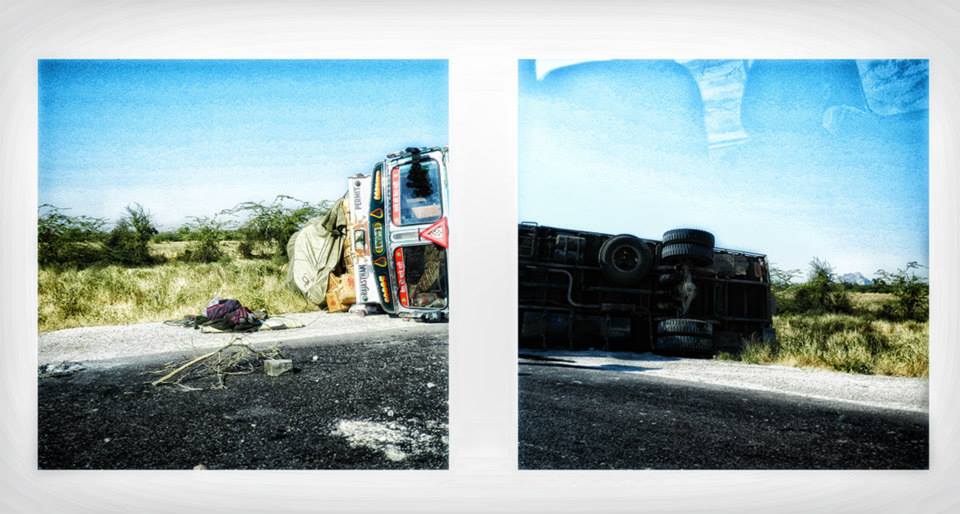 I saw more water buffalo, and we slowly left the desert for the jungle. The trees changed, as did some of the agriculture. We saw more sugarcane in addition to the wheat fields. Many more tropical plants and trees – the topography was split up into fields separated by stone walls. 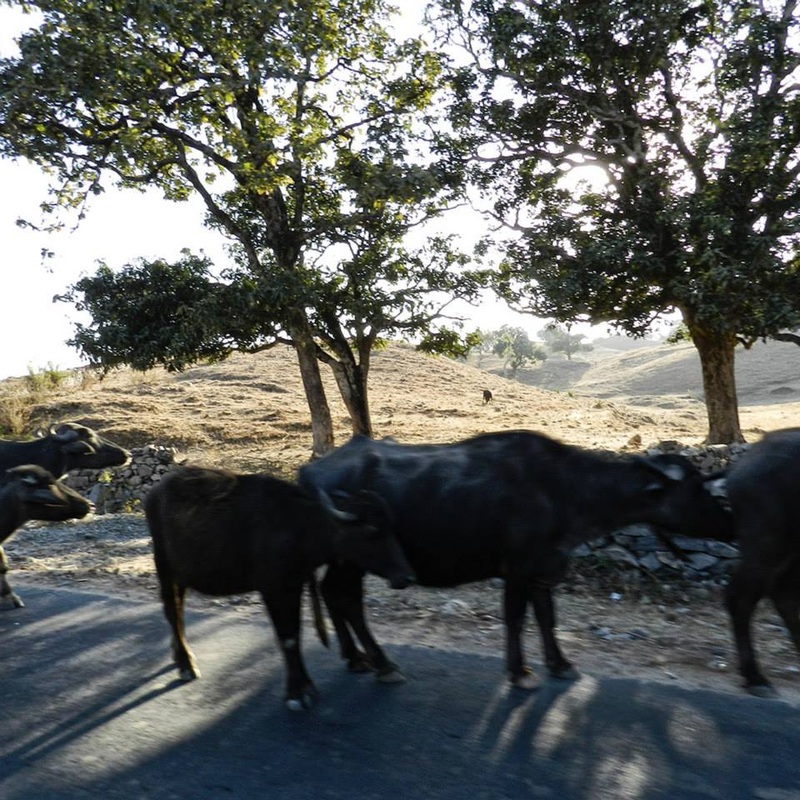 We stopped to see some children using a bull to move a lever around that brought water up using a belt-type system. Small buckets were attached to a belt, and as the bull moved around, the belt would turn, and bring up bull buckets of water for the crops. The kids all ran over to the ladies’ car because they were giving out candy. 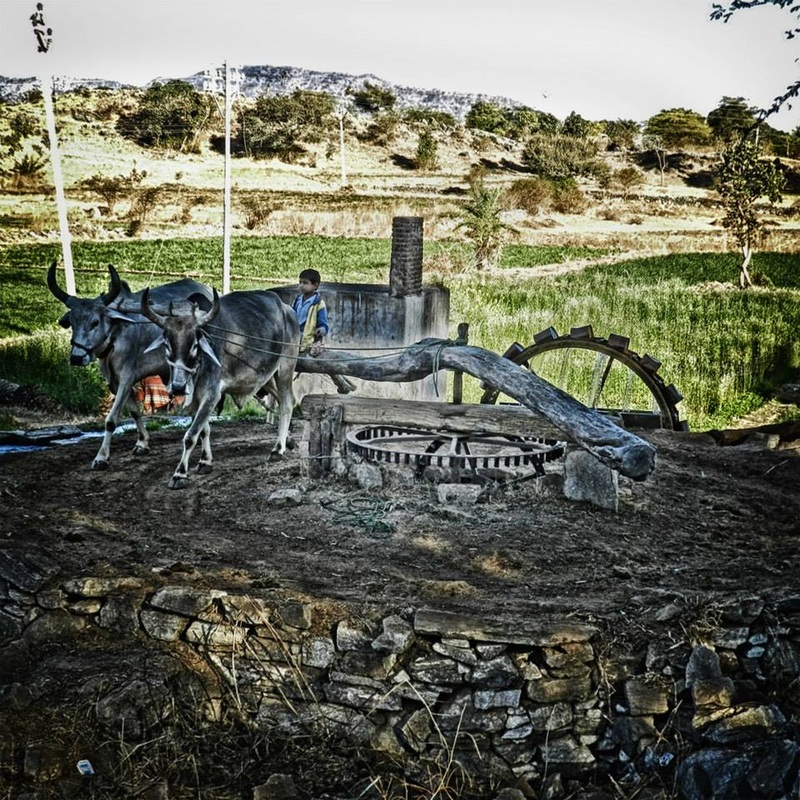 Much of the mountains and towns looked how I would imagine towns in the Andes or other parts of South America would look like. It was quite beautiful, but we didn’t stop much for photos – at least not in very good spots for photos, so I snapped them when I could, and out the car windows, mostly. 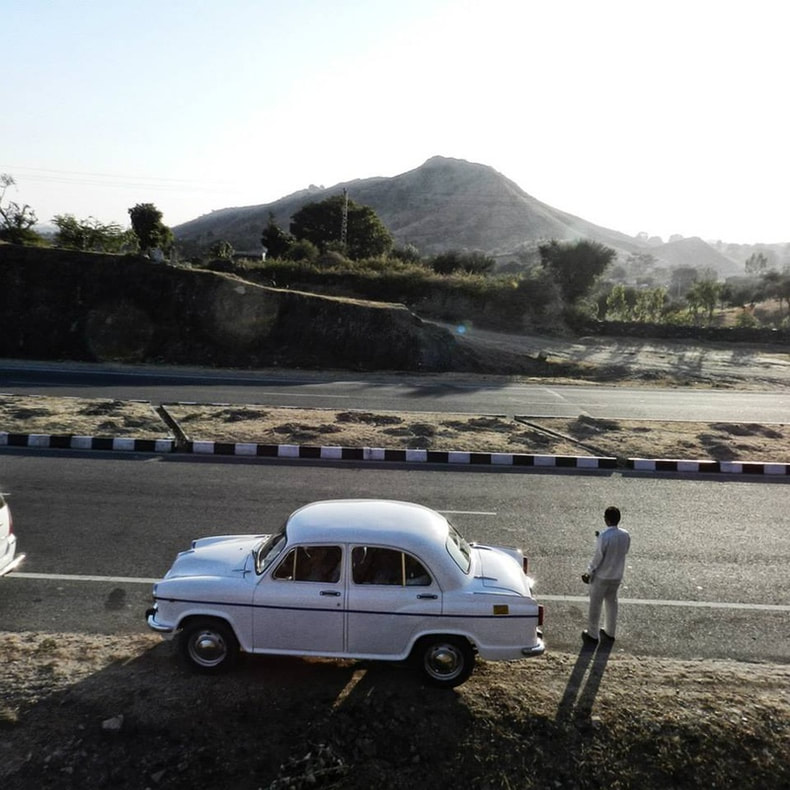 We stopped at a beautiful Jain temple in Ranakpur. As we entered the temple area, some monkeys attacked a dog. The dog was crying and a monkey held on to its hind leg so it couldn’t get away. They were making quite a commotion. A man came over and started throwing shoes at the dog! They finally broke it up, and we went around to get our ticket for my camera.
We could only go in certain areas of the temple, because we are not Indian, or Jain, but the parts we got to see were magnificent!
A guy sitting on the temple steps offered to take flowers for us to the altar, since we couldn’t go. We also had a priest inside give us blessings. He dotted our foreheads with orange, aromatic color.
We arrived at our hotel in Udaipur in the evening. I was quite tired from the trip, so I fell asleep early, and had a long rest through the night. 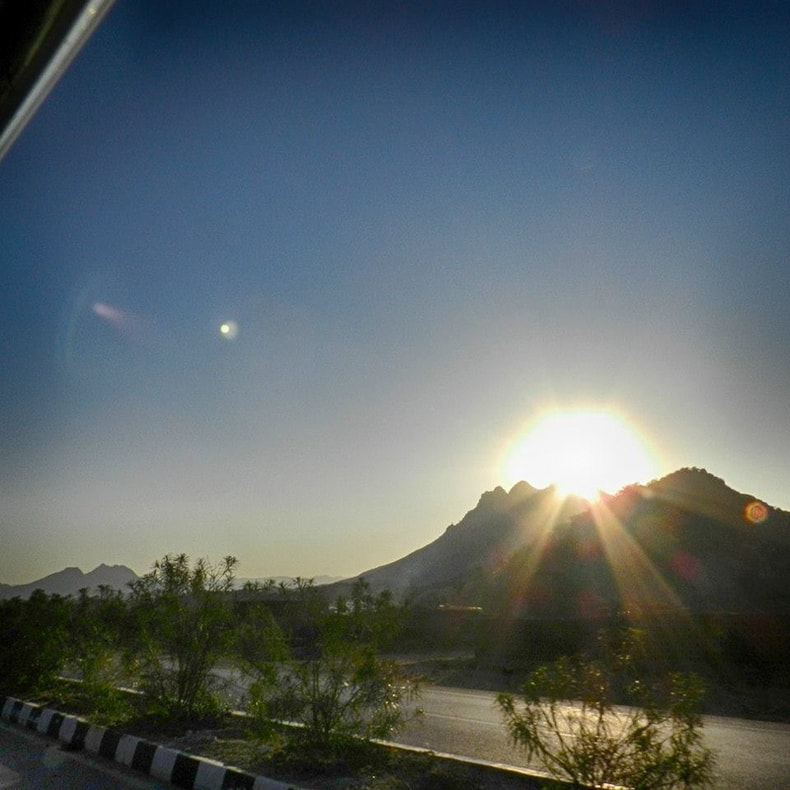