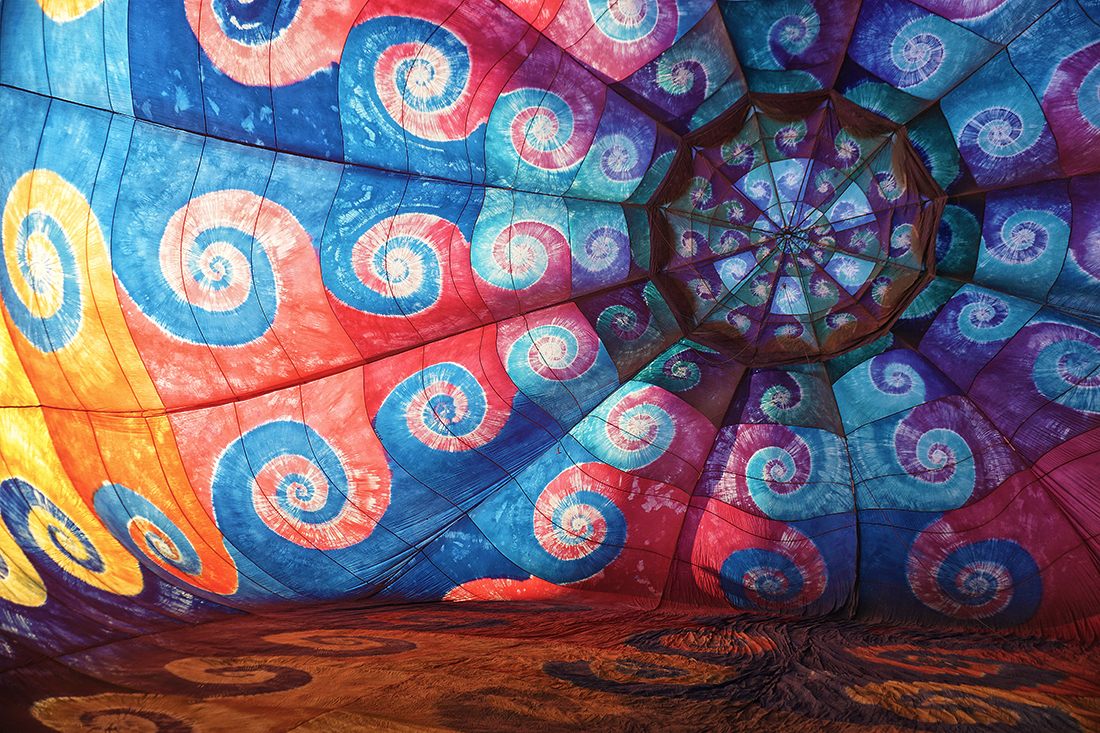 The beautiful Gloria, one of the SkyDyes balloon creations.
As an almost-native to New Mexico, it was slightly embarrassing to admit that I'd never been to one of our local events - one of the most highly photographed events in the world - the International Balloon Fiesta. That changed this year, when I was invited to not only attend, but crew (for the most spectacular, beautiful balloon: Gloria of SkyDyes) AND ride! I had an epic week (with as many days as I could possibly fit in) of superb early mornings filled with new experiences: the fiesta atmosphere, what it takes to set up and pack up a balloon, and how magical it is to float above the surface of the earth, dangling from a pocket of hot air in a tiny basket (yes, it definitely gives you a feeling of being small, but at the same time, a strange feeling of power...). I was so happy to share these days at the Desert Kaleidoscope International Balloon Fiesta 2016 with my family and some of the most amazing folks I have the pleasure of knowing. 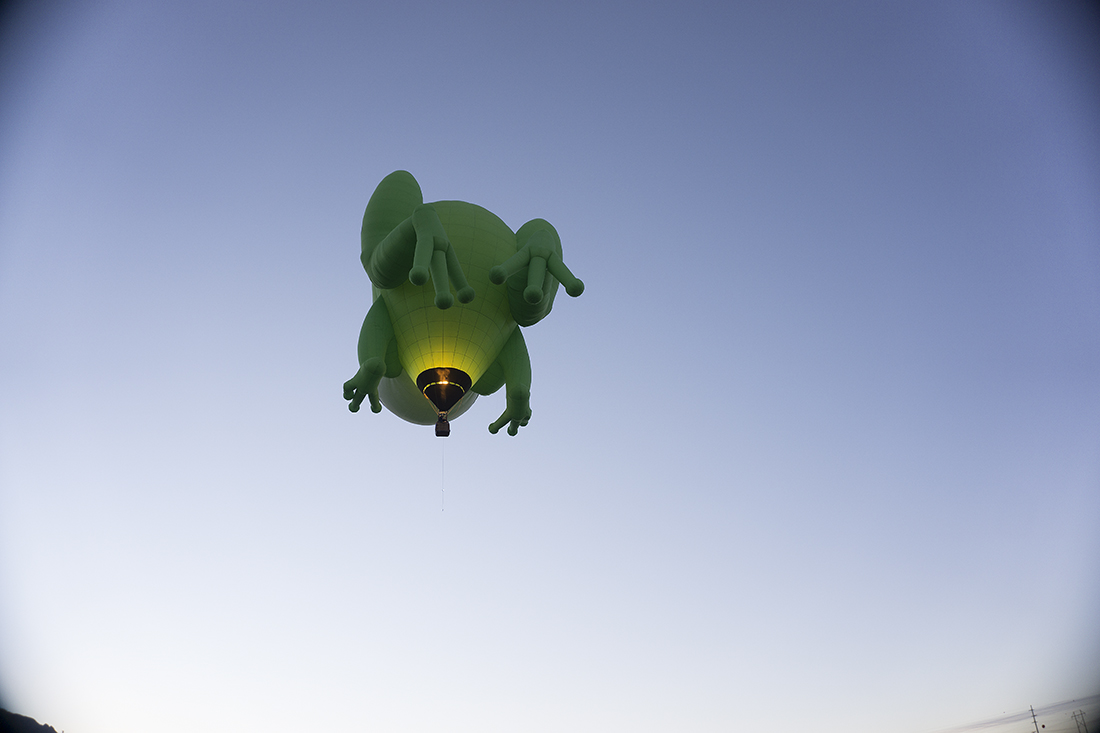 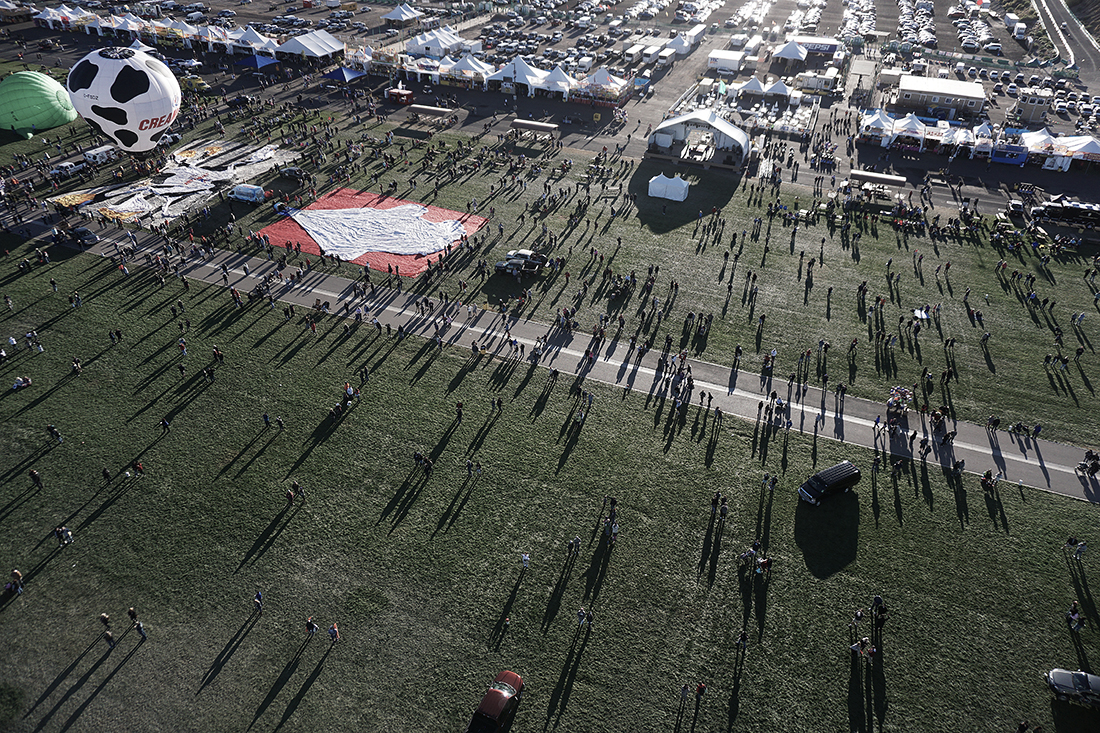 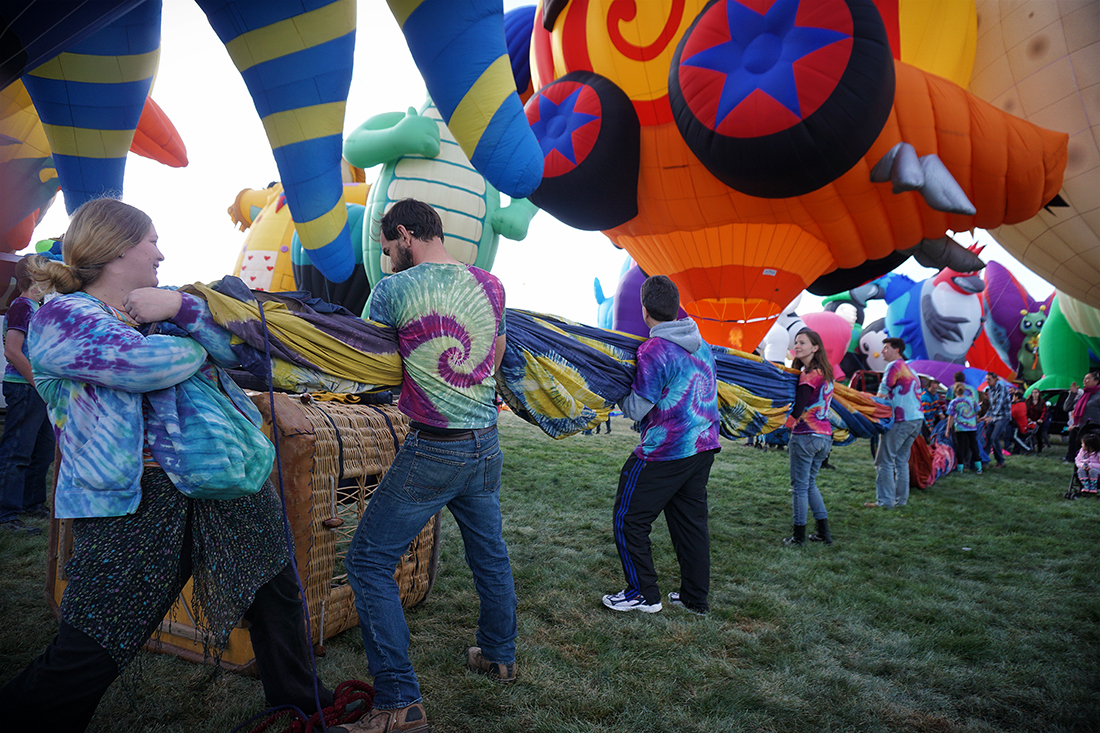 Some days were just perfect, others had their share of disappointments. The second day I was there, we'd gotten the balloon standing up and were trying to get it off the ground as quickly as possible, when a sudden gust of wind tried to take it away. We all piled on to hold the basket down, but the winds blew the balloon into the burner and burned a hole in the fabric. No flight that day, but the balloon was taken home and patched it up that evening, and Gloria was ready to go the next morning.
One of the crew brought along his Tesla - I was surprised to learn that it is fairly spacious inside, and after checking out some of its features and impressed by its awesome acceleration, decided that I definitely want one (if only to do the 'Tesla door dance' every time I open up the DeLorean-style back doors...). 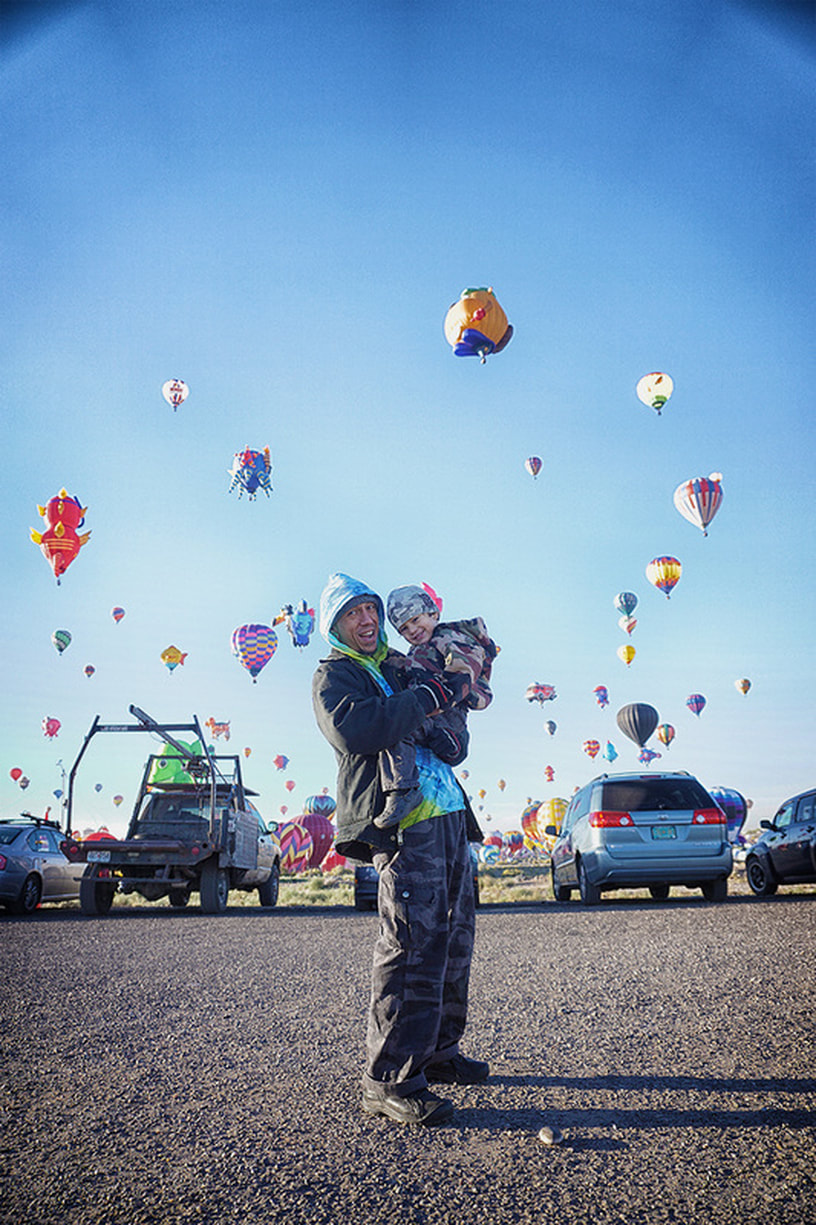 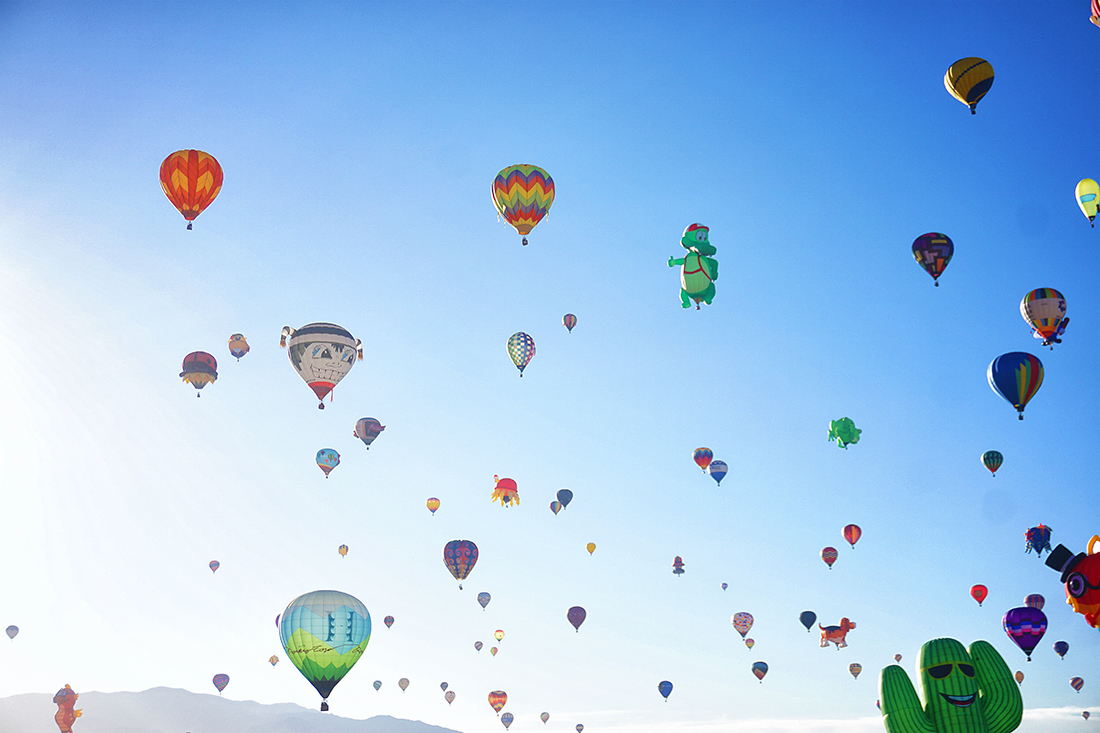 Where's Gloria? (She's in there somewhere.)
Despite an unfavorable landing on the reservation one of the days of fiesta (actually, right out back of the casino where they host a brunch for the balloon crews, but don't want any of them landing on their property), we packed up the balloon, with the help of a family who just happened to see the balloon coming in and went out to watch it. Lucky they were there, because they were able to help hold the balloon down until we were able to locate a required security escort to take us out to the balloon. It was a fantastic fiesta! I learned so much, and look forward to many, many more in the coming years! 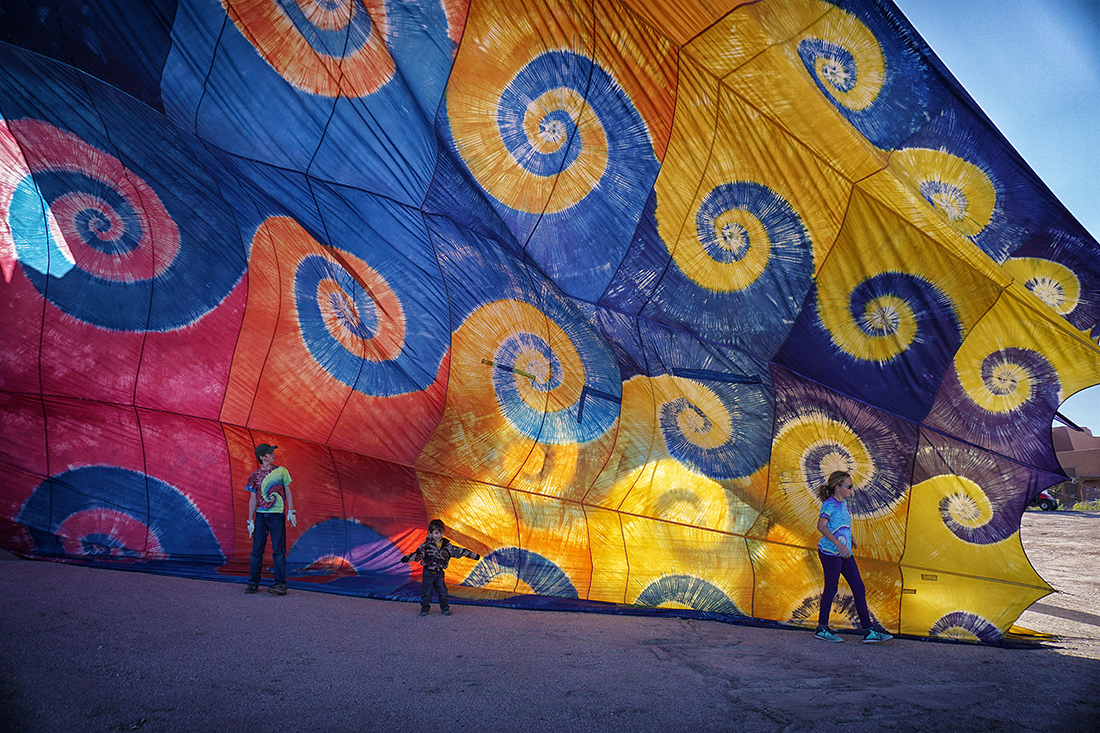