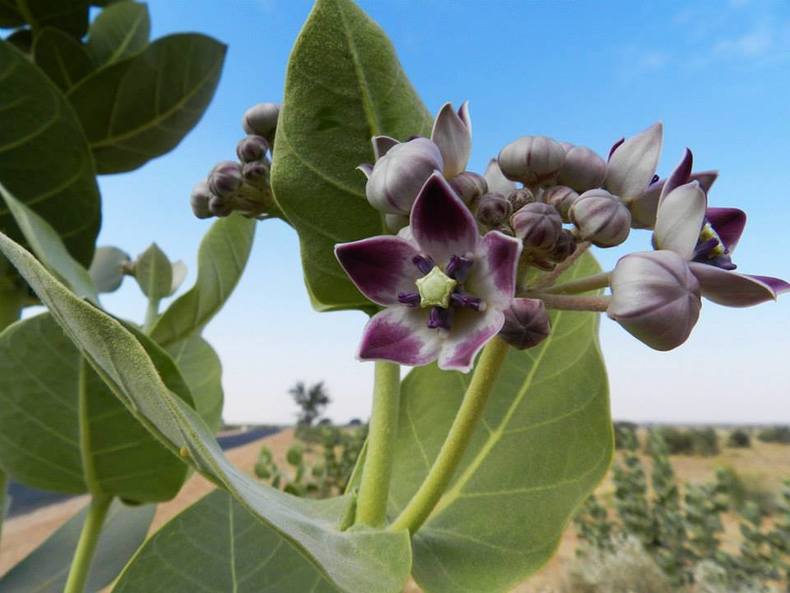 We left Jaisalmer in the morning, for Jodhpur. We stopped briefly out of town to wait for the other driver to catch up. We also stopped when a different driver, also from Namaste tours, but headed the opposite direction on the route from us passed us. All three drivers stopped and hugged each other and talked a bit. They all seem to be good friends. I saw many birds, and some research facilities along the road. One was for palm dates research. There are lots of army encampments in the area, as it is so close to the Pakistan border. 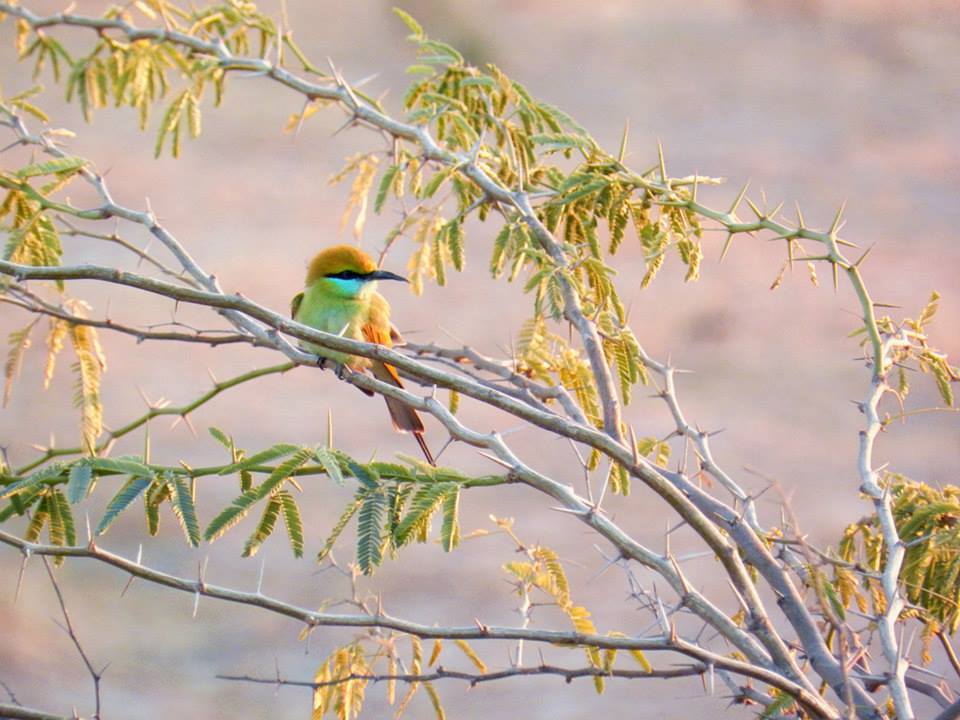 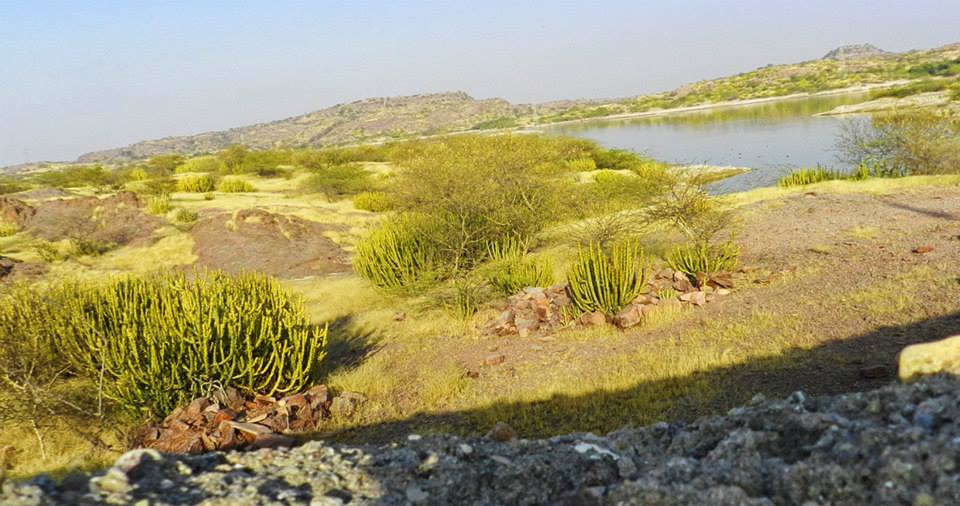 We saw some more camels, and a whole bunch of peacocks – there were dozens of females, and a few males, all throughout a field, and on the roof of a house, and running across the road. I also saw a group of small deer, and started to see some water buffalo. There were many women along the roadside gathering firewood.
…
We stopped for lunch later at a resort. All of the resorts along the road are a bit more expensive for food. The yard was very nice – I stopped in the gift shop, but didn’t buy anything.
…
We saw some more sand dunes, and some rocky hills, as well as lots of stone mines, stone houses, and stone fences. You use what is around you to build. If you have stone (or wheat, twigs, mud, etc.), that is what you use.
I started seeing cactus again, and we turned down a winding road and stopped by a lake. 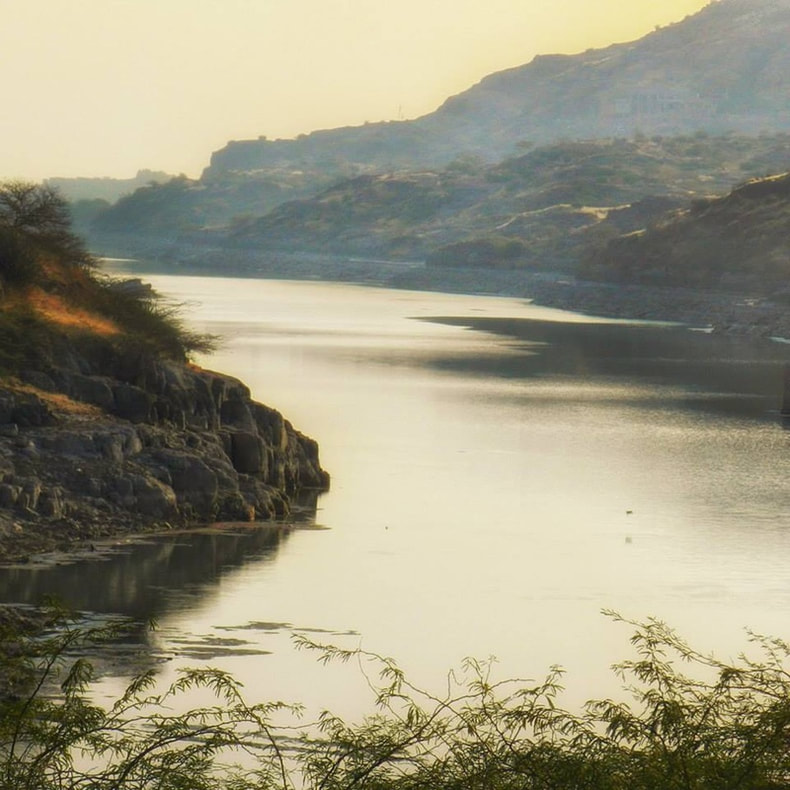 We got out and walked around a bit. (The lake shore was filled with trash...) 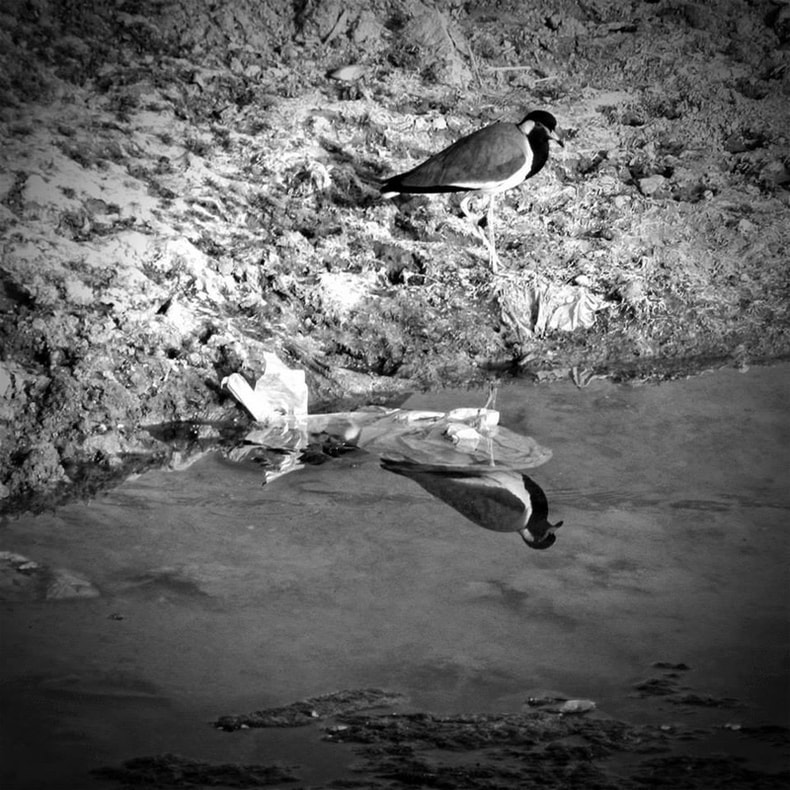 I had the opportunity to identify some more birds with my book, and Mike spotted some gar in the lake. 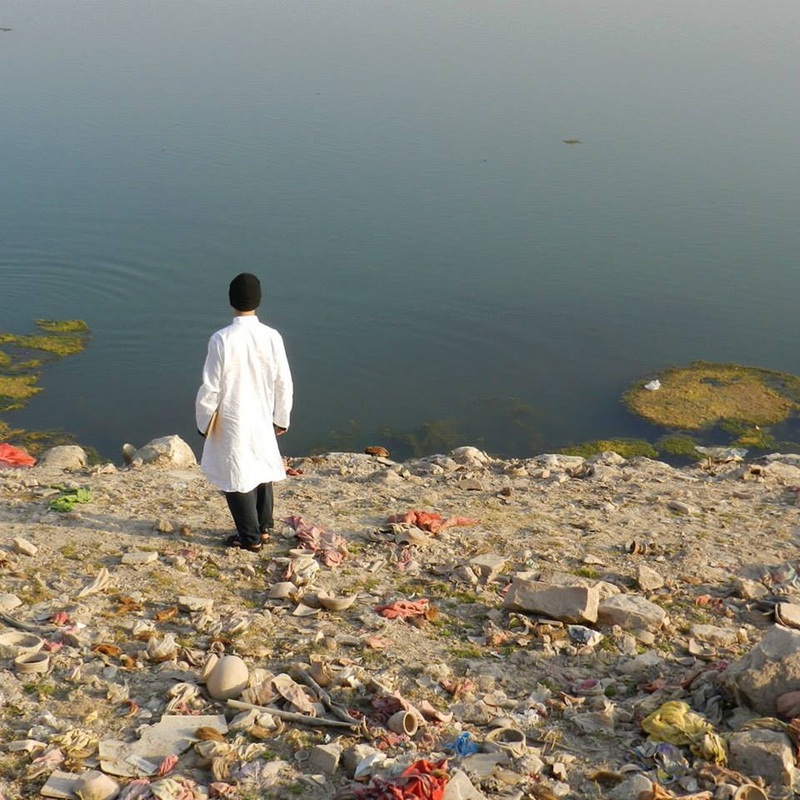 We arrived in Jodhpur. It is a fairly large city, with a large military presence. There are many blue houses here – it started that Brahmans would paint their houses blue to keep the heat down in the summer, and keep the insects away. Now anyone, not just Brahmans, can paint their house blue. The driving here is even more crazy than usual. The streets, most of them, are much more narrow and crowded with bikes and carts and people. It was quite an adventure getting to the hotel.

Our hotel is fabulous! We love it very much. We checked in to our room, and then headed down to meet Mary and Sandy and the other driver, Kumal, to go to the spice shop.

On the way out, the owner of the hotel stopped us and asked us where we were from, and about Mike’s ears, and where we were going, etc. (“My name is Abdul, and this is my haveli – but tonight, it is your haveli!” Abdul Aabid, owner of Heritage Kuchaman Haveli) 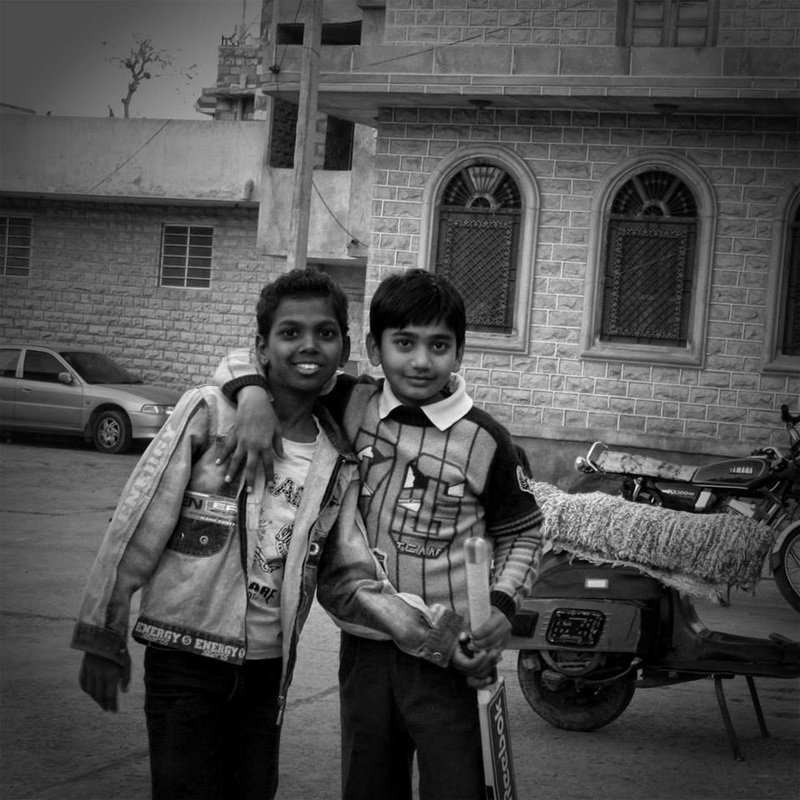 We braved driving through the market again to reach the spice shop. It was amazing. The woman there gave us a demonstration, and had us smell a plethora of spices. She then prepared tea for us, and I selected some teas to bring home. Mike got their website, and they ship to the US, so we will probably be purchasing lots of spices from them in the future. It was all the freshest, nicest smelling I had ever seen – and the colors were amazing! All the spices were in little packages in the cubby shelves that went from floor to ceiling. Hukam told us after we left that they like to give business to that shop because it is seven girls, and their father just passed away. The girl showed us the picture of her father and told us he was the one who started the shop. 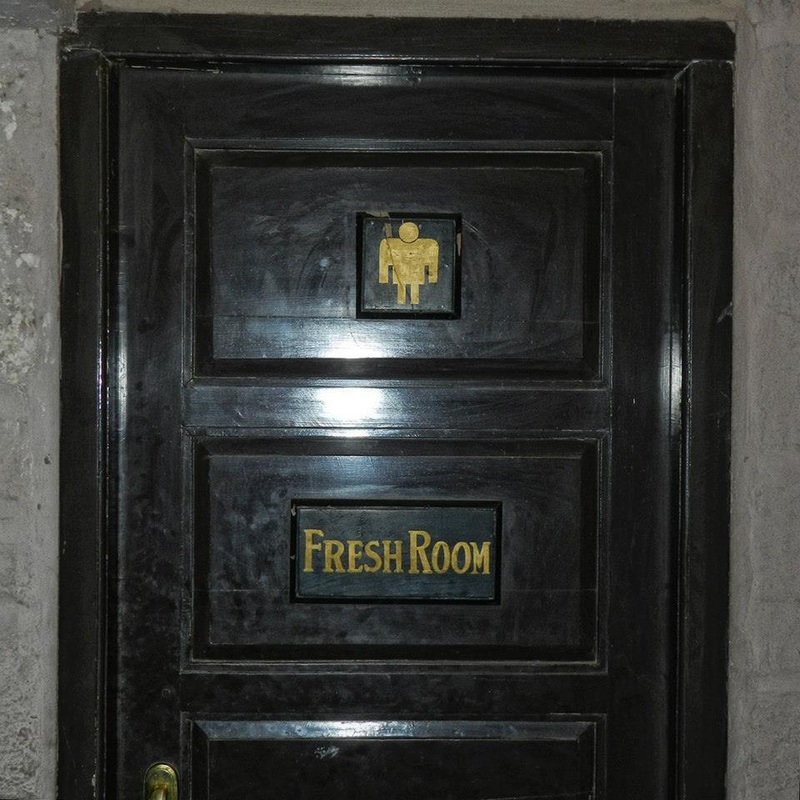 Afterwards, we went to dinner. Hukam made us reservations at a restaurant where we got to sit on the roof, and had an amazing view of the city. There was a watchtower/clocktower that had different colored lights that faded into each other, and I could look down at the street below us and watch the motorcycles zip by. Soon after we were seated, the lights on the hill went on, and the call to prayer was played over a loudspeaker so we could hear it all the way where we were. The area has a large Muslim population, so much of the prayer is directed towards the Muslim faith, as well as Hindu.

I decided to order an alcoholic drink - called an 18th Heaven. It arrived, and I took a drink without thinking - it had ice cubes in it. I quickly removed them, and after some debate, figured the alcohol would kill off any germs. The waiter saw the ice sitting on my plate and told me "It's mineral water" - bottled water - so I put the ice back in the drink. Mistake. We left, after a nice meal, and some nice discussions with Mary and Sandy, and when I got back to the hotel, I felt sick. I took some grapefruit seed extract, and fully expected to puke and other things all night, considering how my stomach was feeling. I tried to fall asleep, and succeeded.